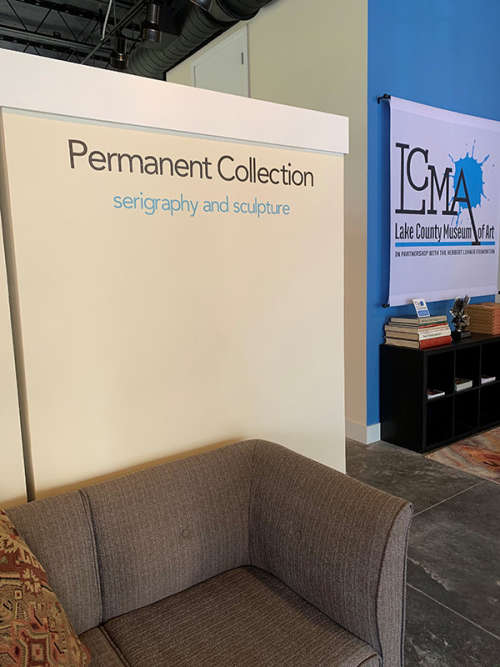 Madeleine Stock was born in Los Angeles, California and moved to Mount Dora in 1977. She was an active member of the local art community, winning awards for her watercolors and serigraphs while serving on the Board of Directors and as Vice President of LCMA (then the Lake Eustis Museum of Art), President and Show Chair of the Mount Dora Art League, and Show Chair of the Eustis Art League.

Ms. Stock made several donations to the LCMA permanent collection while serving on the board and generously bequeathed a large serigraph collection. What you see today is only a small sample of her work.

The Origins of Serigraphy

Serigraphy is a fancy term for silkscreen printing, coming from “seri,” which is Latin for “silk,” and “graphos,” which is Ancient Greek for “writing.”

Silkscreen printing as we know it dates only to the early years of the 20th century. In 1907, Samuel Simon of Manchester, England, was awarded the first-known patent for the process, which quickly gained wide use in commercial applications. It wasn’t until the mid-1930s, though, that the word Serigraphy was coined to distinguish the artistic use of the medium and true fine art serigraphy was born.

This stencil printmaking process pushes ink through a fine screen (originally made of silk) onto a surface beneath. In this fine art screenprinting process, a sheet of high quality archival paper is placed under a framed screen and thick, paint-like ink is poured along the edge of the frame. A squeegee is then drawn from back to front, dragging the ink across the stenciled surface and pushing the ink through the stencil onto the paper beneath. The inks sit on top of the heavy paper on which the final serigraph is produced. The ink is not absorbed by the paper as in other processes, it sits on top like a multi-colored skin of ink. The final product actually looks like a painting on paper. 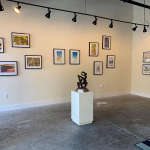 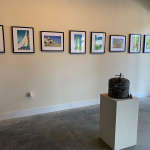