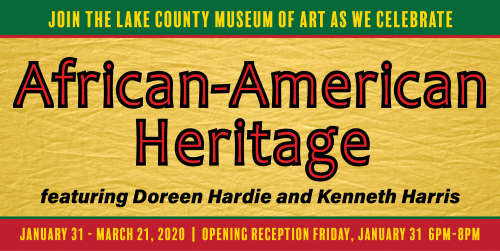 African-American Heritage Month, also known as Black History Month, is an annual recognition of the achievements and vast contributions of black Americans and other peoples of African descent in the US throughout history. In the first three decades of the 20th century waves of Caribbean migrants entered the U.S. and quickly gained in all spheres of American life – business, politics, education, sports, entertainment and the arts. This wave of Caribbean immigrants fostered a Who’s Who in black American history and includes Harry Belafonte, Malcolm X, Colin Powell, Cicely Tyson, Kareem Abdul Jahbar, Patrick Ewing, Tim Duncan, Marion Jones, and US Senator Kamala Harris.

Doreen Hardie’s landscapes and lifestyle scenes, done in an impressionistic style, reflect her deep faith in the Lord Jesus Christ and the beauty He created in the world around her. Doreen works primarily in oils. She maintains “The Word Gallery Studio” in Palm Coast, Florida. A student of the late Greek painter Antonis Karafyllakis, Doreen’s impressionistic style is strongly influenced by his teaching. While inspired by the Caribbean landscape, Doreen’s works also draw upon the diversity of the places she sees. Her paintings speak peace to the viewer. Doreen has shown her works in several galleries and juried art shows including in the Washington, DC area; Wilmington, Delaware; and Florida. She participated in the National Black Fine Art show and Art Off the Main show at the Puck Museum in Soho, New York. In Florida, Doreen has won awards in juried shows at the Flagler County Art League, the St. Augustine Art Association and The Gateway Center for the Arts in DeBary. Her paintings are also in private collections around the United States, Jamaica, Japan, Australia and Europe

Kenneth Harris was born and grew up in Jamaica where his interest in art started at an early age. Winning numerous art awards including Jamaica’s National Poster Competition for high schools nationwide. Mr. Harris was inspired to try make a career from it during his senior year in high school. Along with painting, he studied pottery and also made his own picture frames. In 1988 he accompanied world renown German potter, Heidi Kippenberg to her home in West Germany where they made ceramic wares for exhibition and sales. Mr. Harris returned to Jamaica and continued to paint, build picture frames and market his artwork. He exhibited multiple times at the local library and banks in his hometown of Port Antonio. In his five years of working in the cruise industry, Mr. Harris visited many different countries and continued painting landscapes and still-life with inspirational verses. He migrated to Florida in 1997 where his passion for painting continues.

Our hope is that you visit, learn, and reflect.